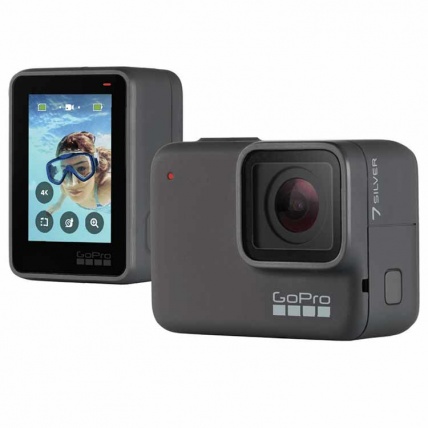 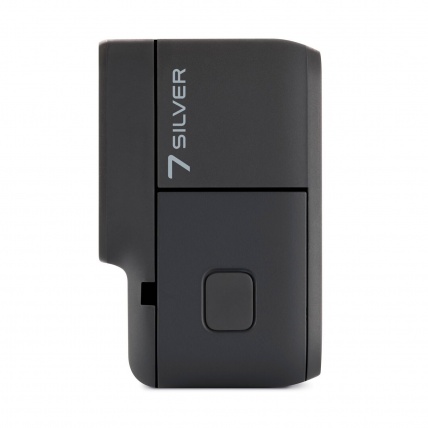 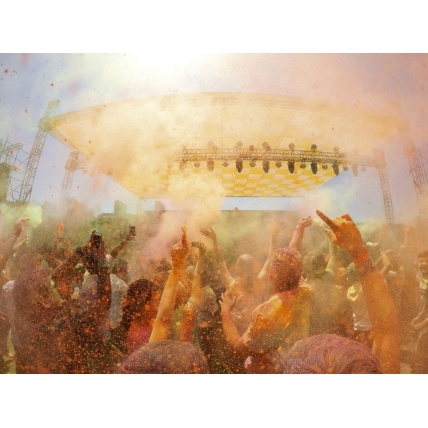 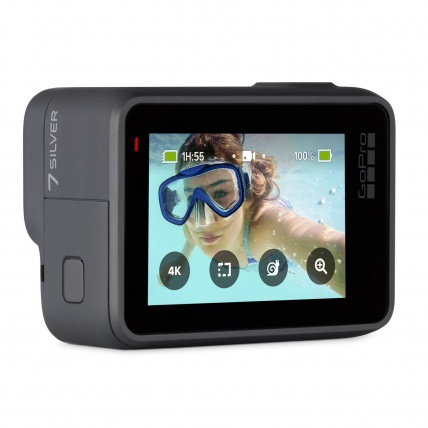 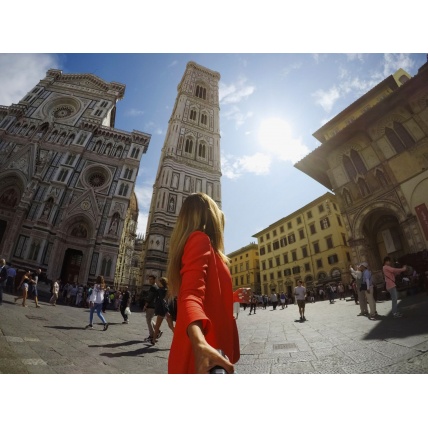 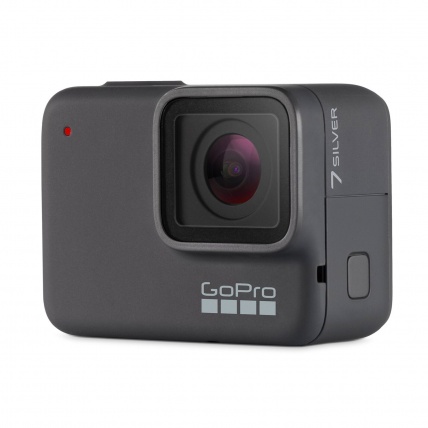 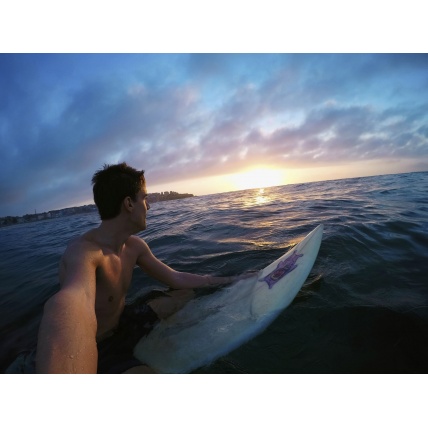 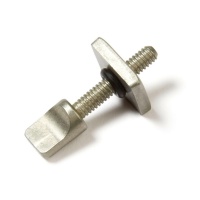 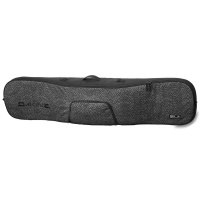 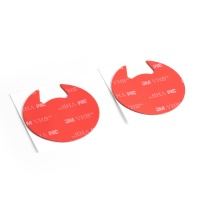 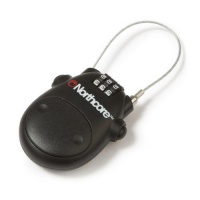 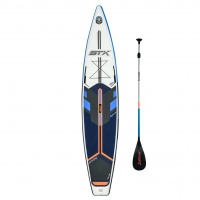 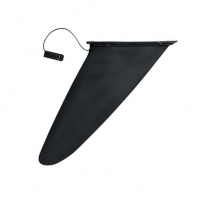 The GoPro Hero7 Silver Camera is awesome for someone who want's the performance of GoPro going up to 4K filming and would prefer the simplicity of just the rear screen and sealed battery. So if you are after action camera footage or using to upload to social media or video blogs the Hero 7 Silver offers great specs at amazing price. The addition of GPS Tracing and Stats and 10MP WDR Photos really sets it above the White Hero 7 along with the higher shooting resolutions. The sealed battery is not a main disadvantage as it used to be years ago as the camera is much more efficient than GoPro's of old so still able to shoot a lot of footage from the internal battery and fast charge.

ATBShop have been GoPro experts for years and have always found more ways to use the cameras than just onboard footage. With the free GoPro Apps for Quikstories it makes the GoPro the ideal travel camera and family camera to document your life. No longer is a GoPro just for extreme sports now with super easy to use features anyone can use a GoPro everyday.

GoPro Hero7 Silver - the mid range action camera is still amazing quality and value for money 4K and 1080p video with image stabilisation, WDR photos, GPS stats, waterproof to 10m plus so much more! - Now with Free SD Card to get filming out of the box. 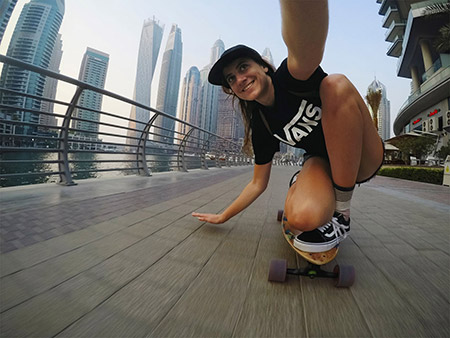 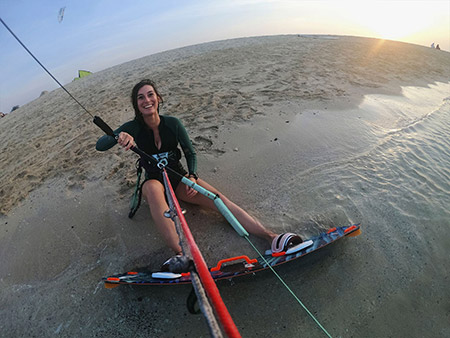 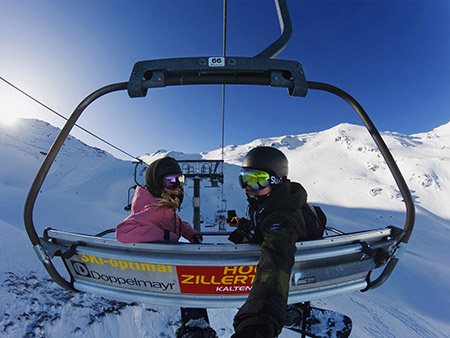 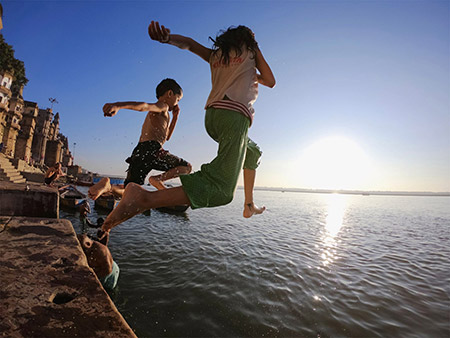 Why should you buy the GoPro Hero7 Silver?

All the new GoPro Hero7 cameras produce great video and have the wireless connectivity, portrait video, stabilisation and other improvements to be super easy to use. The features that step the Hero7 Silver apart are:

Bring life and definition into your photos with WDR the GoPro recognises the scene and exposure and stops it over exposing and brightens up a darker day perfect for awesome social media photos. 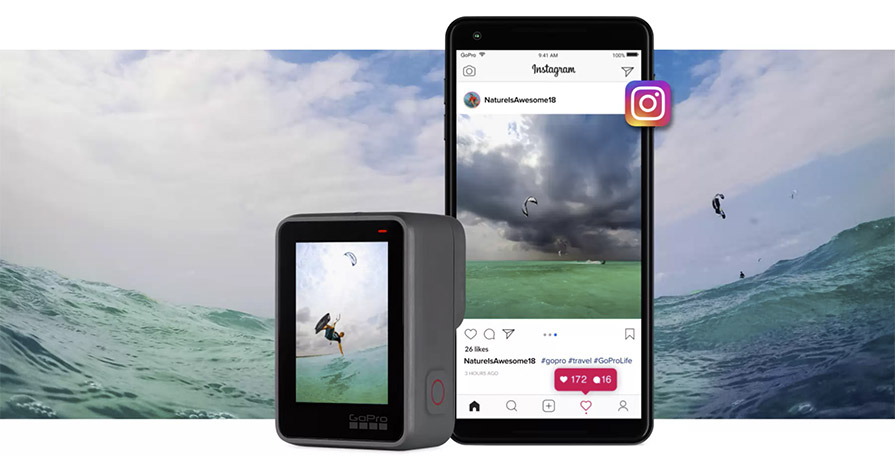 Get closer to the action with Touch Zoom, often GoPro's were criticised in the past for being too wide a photo shot. With Linear shooting mode and zoom this now makes it more like a normal camera for travel and scenic shots. It's not a massive telephoto lens but does make a big difference!

While the Silver doesn't have the Hypersmooth of the Black it does have great stabilisation built into the camera so you don't get a super shaky shot it is still smooth even if you are skiing, biking hand shooting.

Actually boast about your speed, distance and elevation with the GPS overlays that are recorded by the GPS Built into the GoPro Hero 7 Silver Camera. These can be added in on QuikStories or Quik Videos to use in short Quik videos or exported to be used in your own editing software.