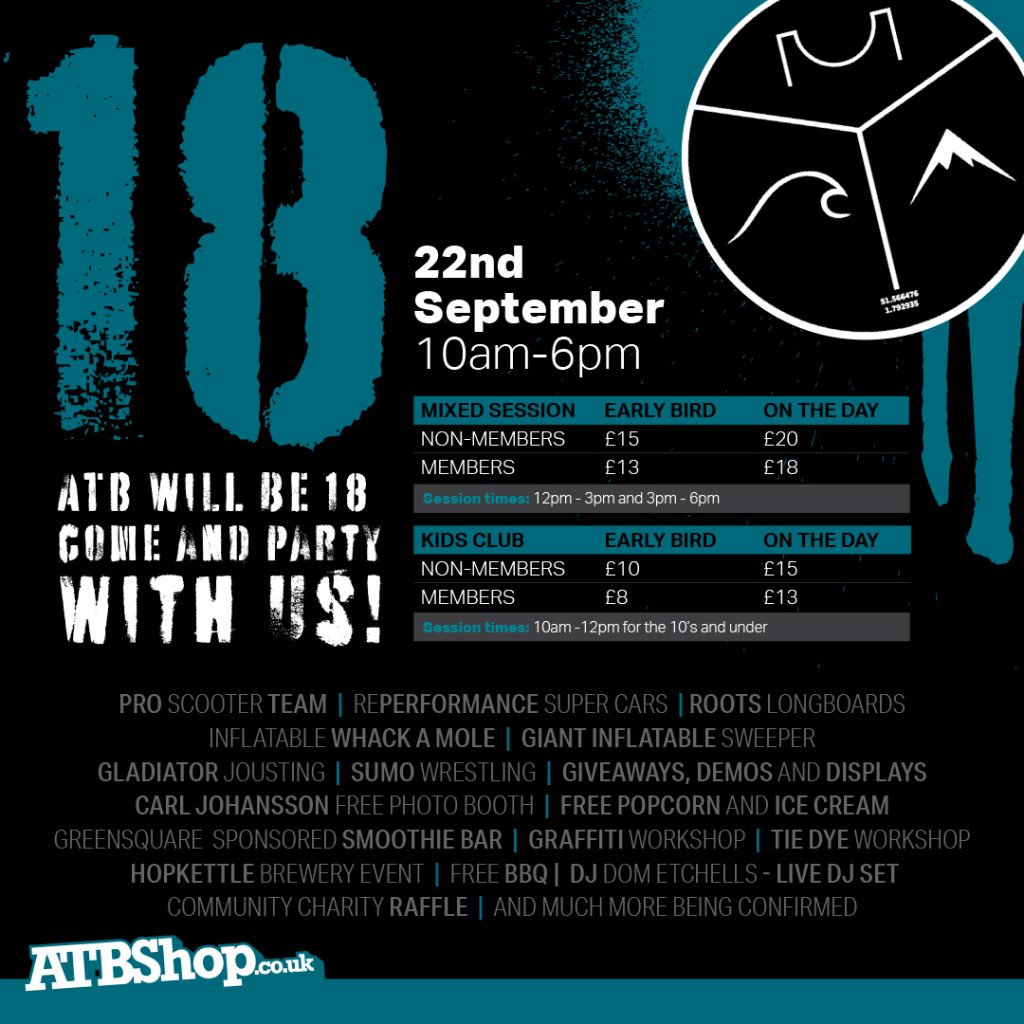 So 18 years have flown by since we set up ATBShop back in 2000! We started off running our on-line store from just a bedroom and then moved into number 19 Faringdon road, which was just a small lock up shop. We later rented more of the building as we grew before moving down the road and into number 9 Faringdon Road; a much bigger 3 story property. I wish people had seen us move the shop that night in borrowed Morrisons super market trolleys. Yes that building served us well but we out grew it so fast!

When the scooter boom hit and we invested all our money into a big warehouse with a fancy new skate park! It was a massive risk but we knew the people of Swindon deserved a descent skate park. Some how 6 years has flown by since owning the Skate Warehouse and it was only after one that we decided to merge the Snow, Kite, Wake shop and skate park inside one building. We’ve also built a mini ramp out the back extending the park to make use of the summer days riding in the garden.

So with all of this happening we thought it only fitting to celebrate this massive mile stone and we would love for you to join in!

So whats happening on the day and what’s included in your ticket price for free?! 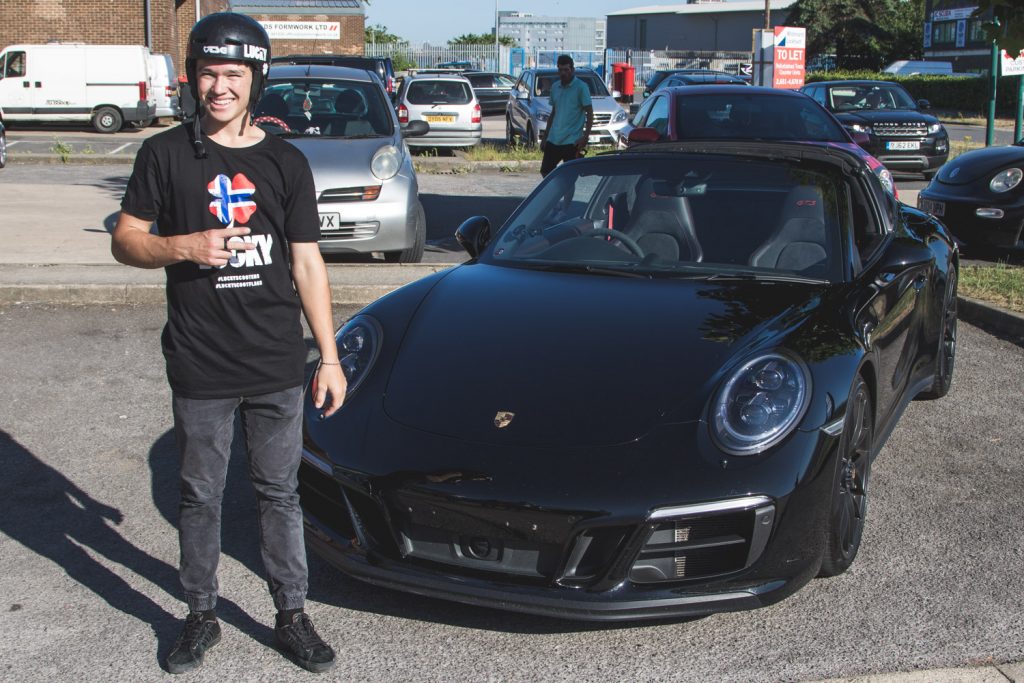 Well on the 22nd of September we will be having a massive party here at the Warehouse starting from 10am until 6pm! First off REPerformance will be attending with a bunch of super cars for show. You’d have seen these guys at the Cody Flom visit back in July! These guys have some amazing cars and will be showing them off during the day! 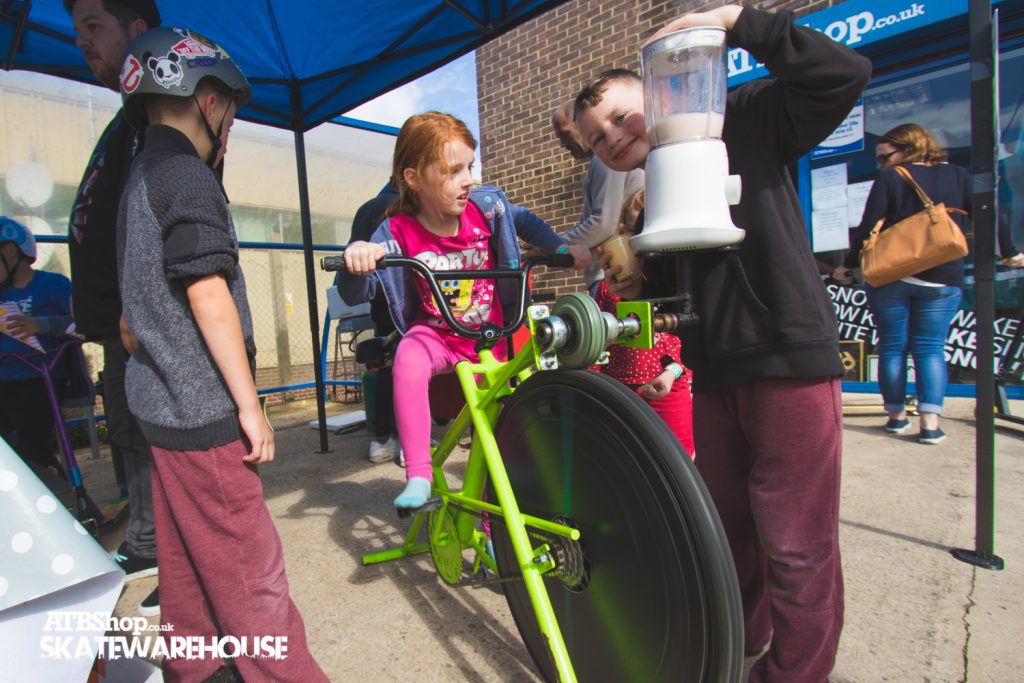 Like last year we will have a free Smoothie Bar. The smoothie bar is a DIY, peddle for your smoothie, smoothie bar on a bike! So get ready for this one! 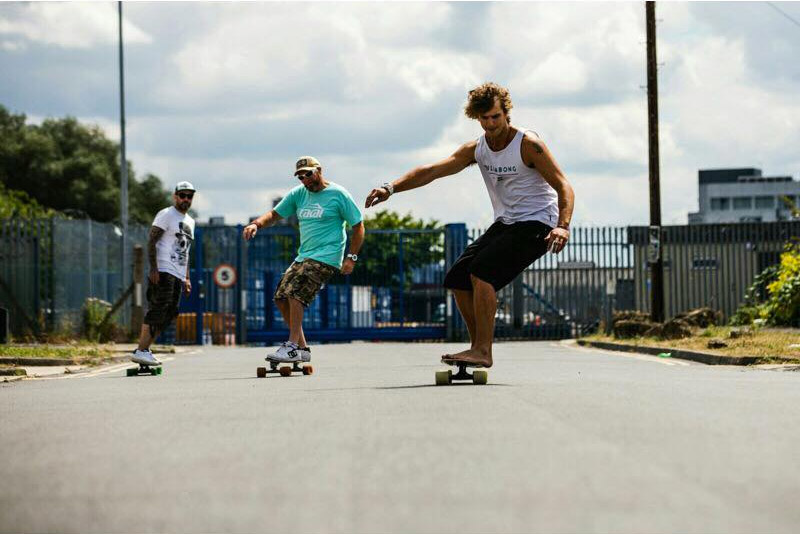 Refreshed, charged and on to the next stop we have the Roots Longboards team down all day running demos and comps all day! 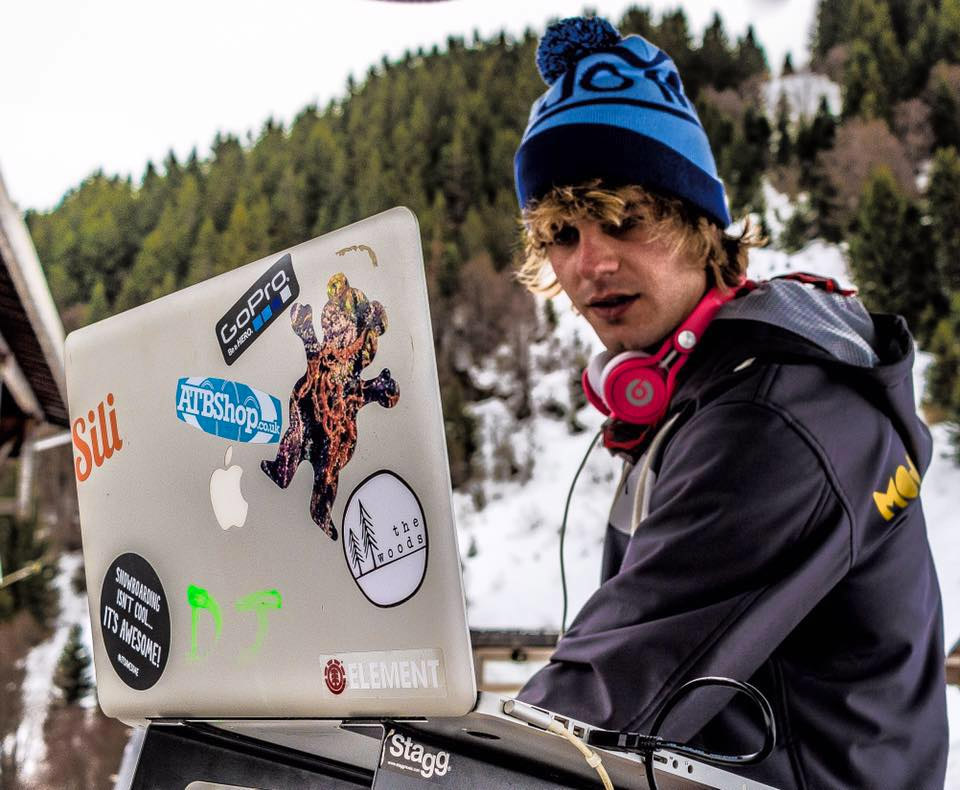 We will be having our very own resident DJ playing over the day, DJ Dom Etchells aka DJ Icicle. 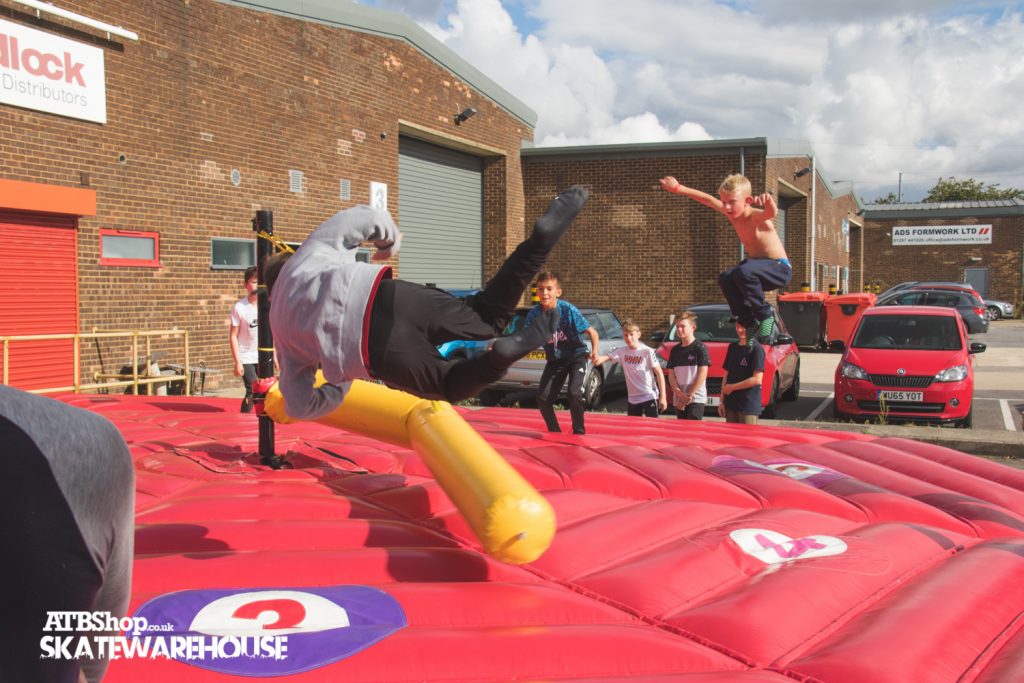 New for this year is the giant inflatable whack a mole. You’ve most likely seen this on the internet – we have and that is why its a must for this event thanks to Skys the limit inflatables. We’ve also brought back the giant inflatable sweeper as it was a huge success last year. And if thats not enough then we will have the the gladiator Jousting and Sumo wrestling again. 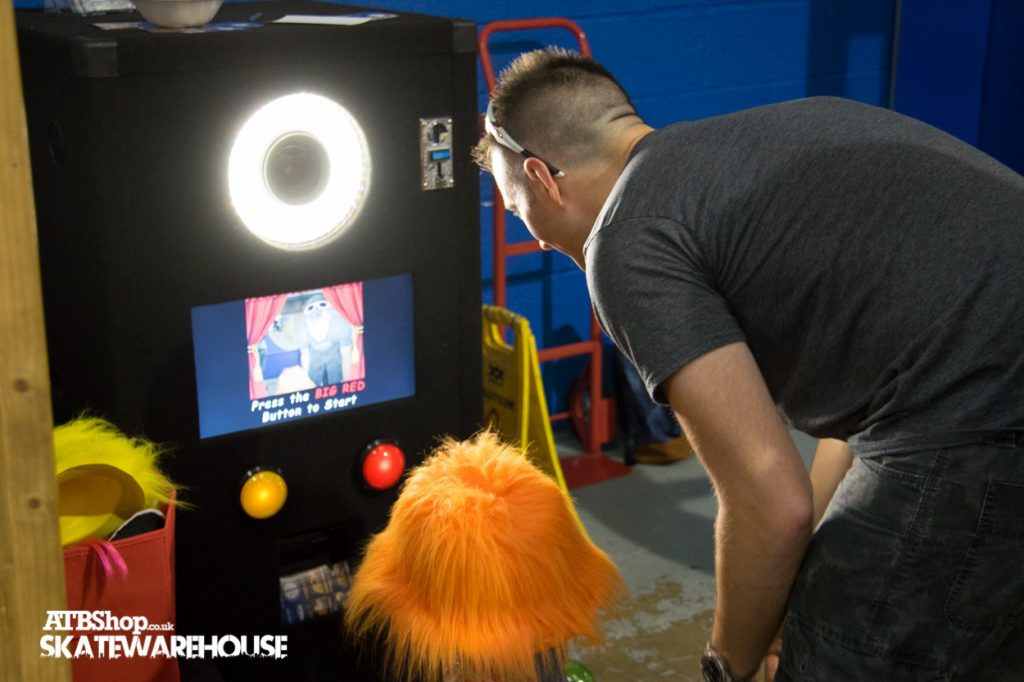 Keeping some of the coolest features from last years party – we have bought back Carl Johansson photo booth with free printed photos for you and your mates to take home. 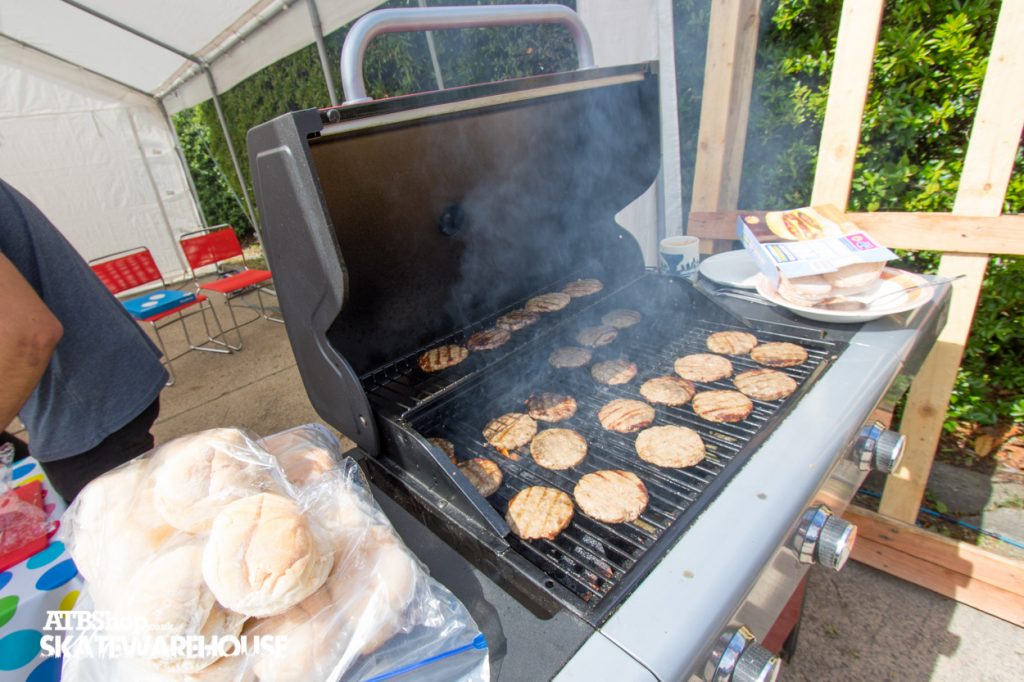 There will also be free BBQ food included in the price as well as fresh warm popcorn – Yum! 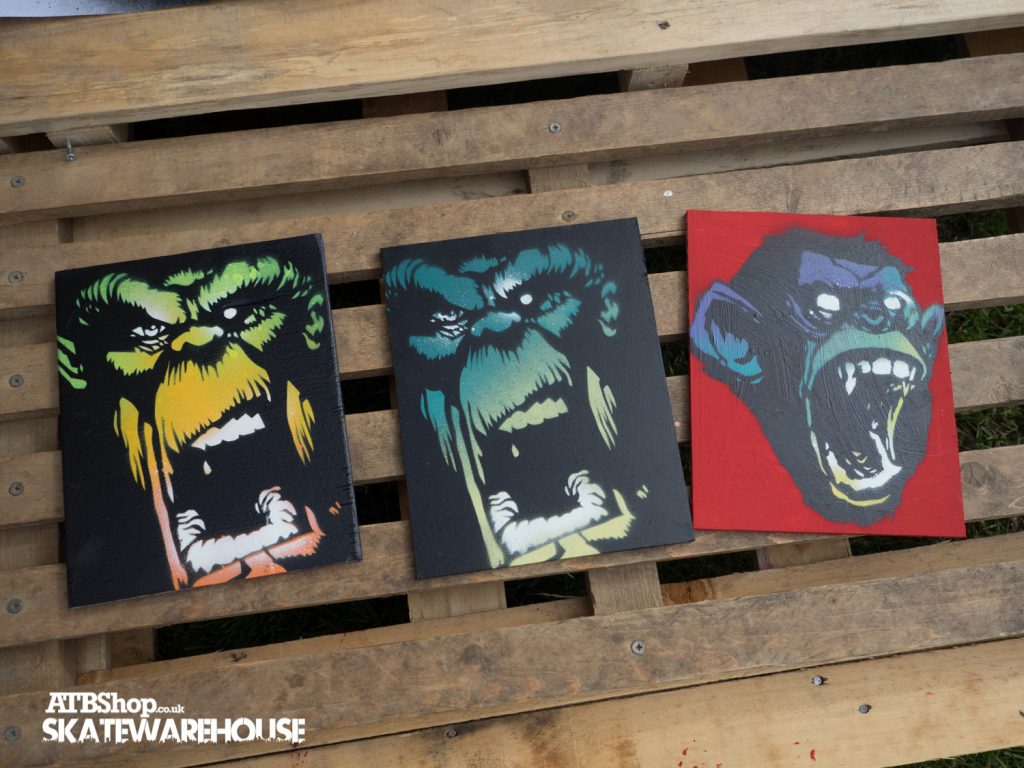 Justin and Ben’s Graffiti Workshop will be back with spray paint art to take home made by you. 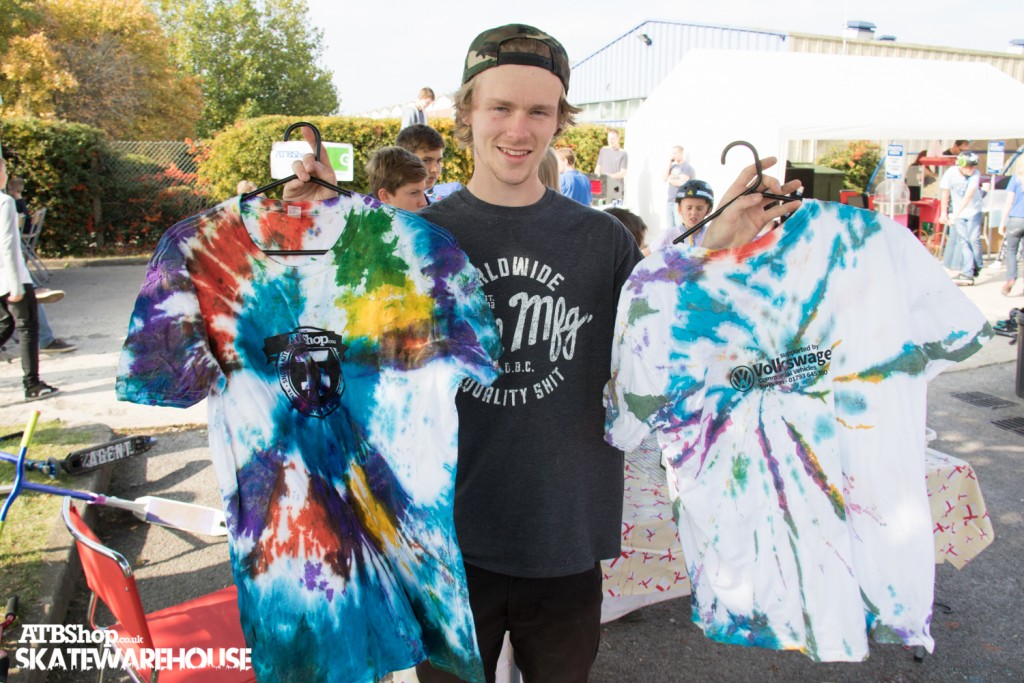 Also we shall be having back our amazing Tie Dye workshop where you can Tie dye our ATBShop 18th Birthday official tees! 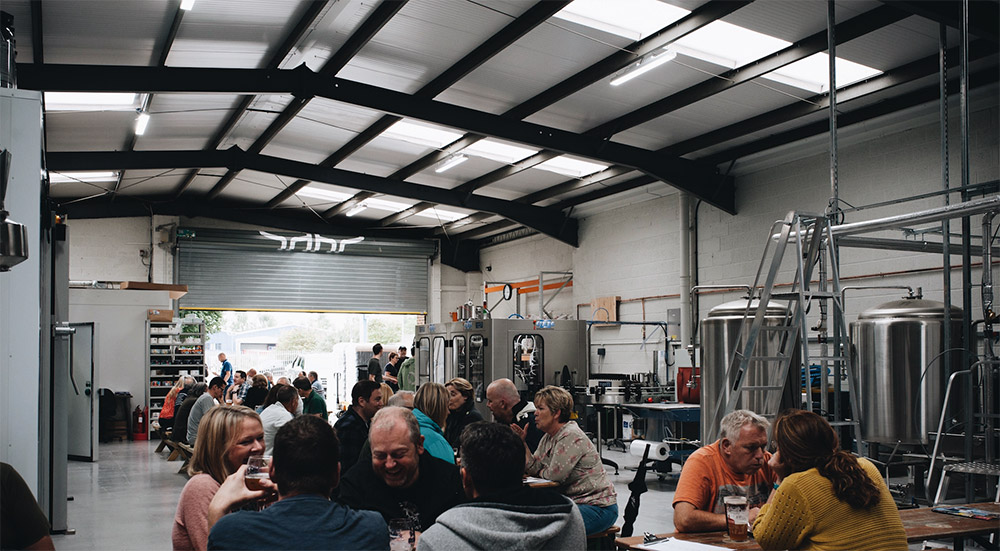 HopKettle Brewery will also be running an event so mums and dads make sure you check out the beers!

Community charity raffle – Make sure you support our chosen charity this year and buy your tickets to be in with a chance of winning hundreds of pounds worth of prizes!

Any wording with a “*” is an indication of a possible small fee.

There’s still tons of stuff being confirmed daily so please keep an eye out for more updates as we hope to have more parts confirmed!

If you’d like a ticket then we recommend getting in there early for two reasons. One our events often sell out and two people we are offering an early bird ticket which will save you ££££

Here are the ticket prices and sessions so far!