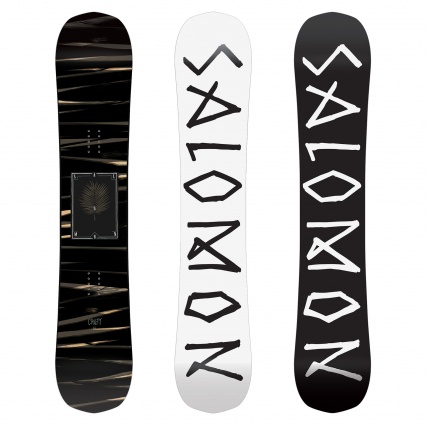 Younger sibling to the mighty Assassin the Salomon Craft Snowboard is for the riders that desire a highly versatile, al mountain board without breaking the bank!

RRP £350.00 £209.95
Please select an option
In Stock & available for UK next day delivery
Oops, we are currently out of stock. Get notified when this item is available again

The Salomon Craft is your go-to snowboard for ultimate all mountain versatility without breaking the bank! With all the features and specs to bring your riding up a whole new level including Salomon insane Rock Out Camber profiling, Popster Core and sintered base to keep you ahead of your mates without sacrificing stability and keeping your riding looking cool all day long.

Reliable edge to edge control driven by a Rock Out Camber profiling consisting of all the response and control of a flat top between the feet combined with all the high energy output and stability of a camber outside of the bindings. Once pressure is applied the nose and tail raise out of the snow offering plenty of float in the pow pow! This profiling caters for everyone from even the most demanding and experienced riders to those just starting out or  for those who take a keen interest in the park.

Using a Popster Core to add thicker and thinner sections of wood for a more controlled flex in key areas of the board resulting in a significantly more powerful pop, better edge to edge handling and a more direct energy transfer from rider to the tip and tail end of the board. Royal Rubber Pads have been inserted in the high pressure areas of the board to dampen out vibrations and impacts offering a smooth and stable ride all season long! To finish off the Salomon Craft we have a high quality, medium stone finish sintered base offering the perfect balance of speed and wax retention.

If you are looking for a snowboard to rock your world in the park, surf the powder and beat your mates on the piste then look no further than the Salomon Craft Snowboard!