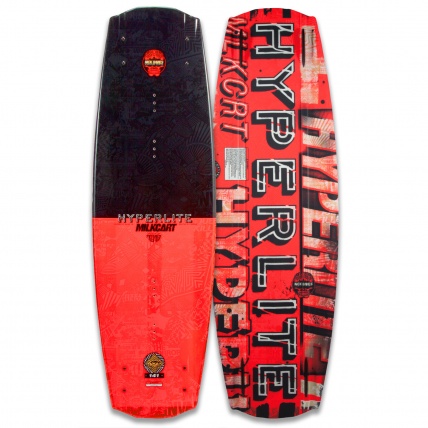 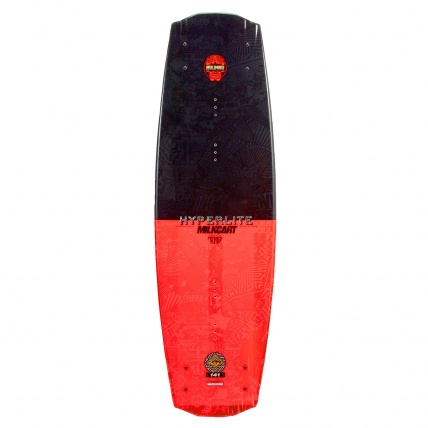 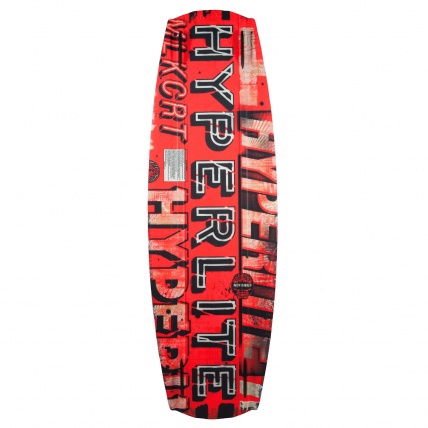 Nick Davies's Hyperlite pro model; the Milkcart is back for another year as the cable destroyer. For anyone who wants or desires the go big or go home mentality, the Milkcart is for you!

RRP £439.00 £289.95
Please select an option
In Stock & available for UK next day delivery
Oops, we are currently out of stock. Get notified when this item is available again

Nick Davies is back at it again this season with his own signature model; the true work of art that is the Hyperlite Milkcart, boasting "confidence in control for the true cable rider"! Hyperlite's design team have set out to design a board with a thinner more durable Crossover core that maintains the hard edging feel found in all of his previous models. A few boosts of vitamin D and multiple laps of the cable later, the Milkcart was born.

Featuring Hyperlites internal Cap Sidewall, the Milkcart has an additional layer of glass encasing the edge resulting in better durability than your traditional  ABS. With tip to tail dual base channels, Hyperlite and Nick Davies have created a board with uncanning grip on the water, making for explosive pop for air tricks. Having these channels, combined with the Milkcarts flex tip and tail makes dreams of presses and locking on to rails a thing of reality!

For anyone with a hard charging mentality when shredding the cable, the Milkcart provides ultimate performance for pop  on air tricks not to mention stability in response and control. Simplified in this case as one damn good board!