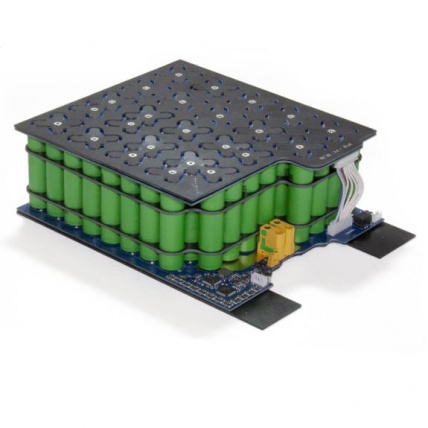 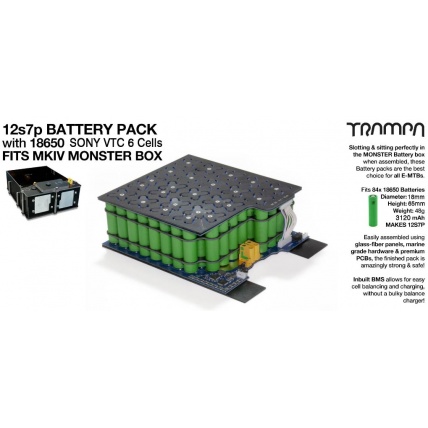 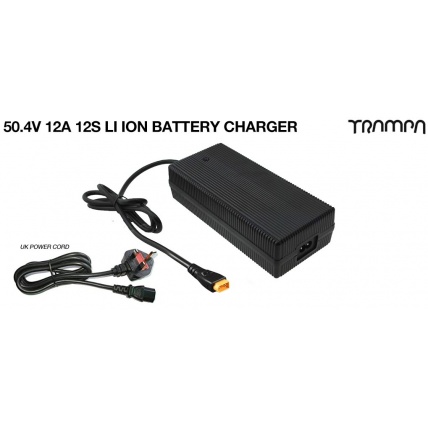 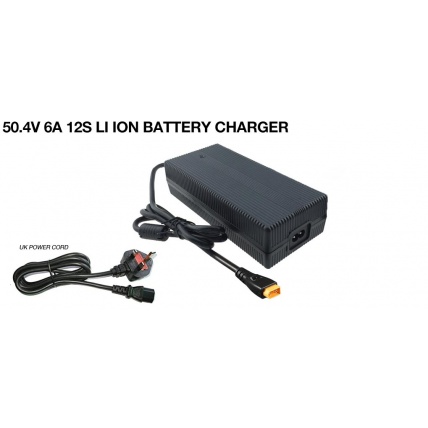 This is a battery kit for the standard trampa Monsterbox. Created with a sandwich of 18650 batteries and integrated VESC BMS (Battery Management System) UK Delivery only.

The Trampa PCB based battery packs are a different approach to traditional 18650 cell style battery packs and lets you safely assemble your own battery pack without soldering or spot welding. With an intergrated BMS (Battery Management System) that is linked into the VESC app connection. This gives up-to date status on your battery at all times. You can even maintain and replace cells if there are problems by undoing the bolts on the battery pack.

There is also the option of including a battery charger. 6A is smaller and lighter charger but will give about 4-6hr charge time. But the punchy 12A  charger will charge the pack in about 2-3 hours.

Please note this product can only be shipped inside the UK due to courier limits. Also this is a kit product so needs assembly.

Check out the video below showing the pack assembly and features:

Contents for the Trampa Battery Pack: